By Moon • Posted in Uncategorized • 5 Comments 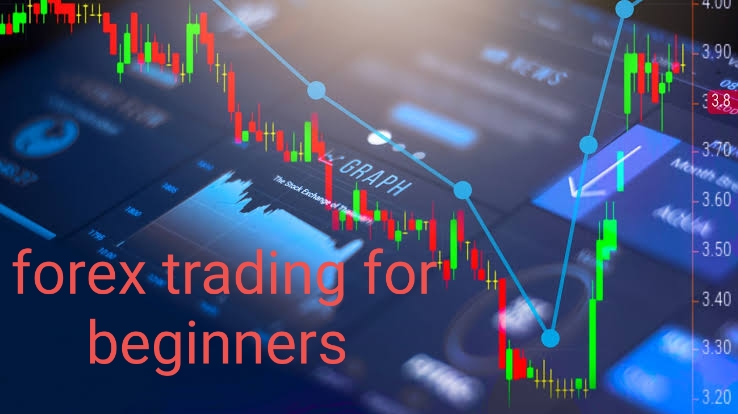 Forex trading beginners guide, Forign exchange is always seen as the fastest way to get rich; But still regarded as very difficult by many. Well, forex trading involves risk, to trade profitabily is a gradual process. Beginners can be a professional forex trader with just hard working and special guide. However choosing a good broker is important when starting forex business. This article Forex trading beginners guide is a step to trading forex, it will cover all the important area . On this page, you will receive an introduction to the Forex market, how it works, and key terminology, along with the benefits of trading Forex. By the end of this guide, you will have the knowledge you need to start testing your trading skills with a free Demo account, before you move onto a live account. Just choose a forex broker and try your trading strategy.

Like we have said earlier foreign exchange market (also called FX for short) is the marketplace where currencies are traded. In addition to that, a foreign exchange transaction might be, for example, when you transfer your local currency to a new one for an upcoming holiday. More-so, Across the market as a whole, an estimated 5.3 billion USD is traded every day between governments, banks, corporations, and speculators. However if you have crossed your border to your neighboring country. And on the border you exchanged your currency to your neighboring country’s currency, then you have traded forex by doing so.

Knowing how the industry is mapped out is important, because the collective combination of all participants creates the market you trade in. The relative weight of the trading party to the market is measured by how much money that party manages – from billion dollar hedge funds and investment banks, to private traders with a few thousand dollars in action.

BASE CURRENCY in forex

The base currency is the first currency that appears in a forex pair. This currency is bought or sold in exchange for the quote currency.
So, based on the example above, it will cost a trader 1.0916 USD to buy 1 EUR.
Alternatively, a trader could sell 1 EUR for 1.0916 USD.

Note: Forex prices are often quoted to four decimal places because their spread differences are typically very small. However, there is no definitive rule when it comes to the number of decimal places used for forex quotes.

On the forex market, trades in currencies are often worth millions, so small bid-ask price differences (i.e. several pips) can soon add up to a significant profit. Of course, such large trading volumes mean a small spread can also equate to significant losses.
Always trade carefully and consider the risks involved.

A ‘position’ is the term used to describe a trade in progress. A long position means a trader has bought currency expecting the value to increase. Once the trader sells that currency back to the market (ideally for a higher price than he paid), his long position is said to be ‘closed’ and the trade is complete.
A short position refers to a trader who sells a currency expecting it to decrease, and plans to buy it back at a lower value. A short position is ‘closed’ once the trader buys back the asset (ideally for less than he sold it for).

For example, if the currency pair EUR/USD was trading at 1.0916/1.0918, then an investor looking to open a long position on the euro would purchase 1 EUR for 1.0918 USD. The trader will then hold the euro in the hopes that it will appreciate, selling it back to the market at a profit once the price has increased.

An investor going short on EUR would sell 1 EUR for 1.0916 USD. This trader expects the euro to depreciate, and plans to buy it back at a lower rate if it does.

What are the most traded currency pairs on the forex market?

There are seven Major currency pairs on the forex market. Other brackets include Crosses and Exotic currency pairs, which are less commonly traded and all relatively illiquid (i.e., not easily exchanged for cash).

Major pairs are the most commonly traded, and account for nearly 80% of trade volume on the forex market.
However these currency pairs could typically have low volatility and high liquidity.

They are associated with stable, well managed economies, are less susceptible to manipulation and have smaller spreads than other pairs.

Cross currency pairs – Crosses – are pairs that do not include the USD.
Historically, Crosses were converted first into USD and then into the desired currency, but are now offered for direct exchange.

The most commonly traded are derived from Minor currency pairs (eg. EUR/GBP, EUR/JPY, GBP/JPY); they are typically less liquid and more volatile than Major currency pairs.

Exotics are currencies from emerging or smaller economies, paired with a Major.

In addition to that, if it’s compared to Crosses and Majors, Exotics are much riskier to trade because they are less liquid, more volatile, and more susceptible to manipulation.

They also contain wider spreads, and are more sensitive to sudden shifts in political and financial developments.

Below, we’ve created a table which showcases several different currency pairs from each bracket, as well as some nicknames which were coined by traders themselves.

CANDLESTICK CHART
A candlestick is a chart, also known as a Japanese Candlestick Chart, and is favoured by traders due to the wide range of information they portray. The chart displays the high, low, opening and closing prices.

A candlestick has three points; open close and the wicks.
The wicks show the high to low range and the ‘real body’ (wide section) shows investors if the closing price was higher or lower than the opening price.

A bar chart shows the opening, close, high and low of the currency prices.

The top of the bar represents the highest paid price and the bottom indicates the lowest traded price for that specific time period.

The actual bar represents the currency pair’s overall trading range and the horizontal lines on the sides represent the opening (left) and the closing prices (right).

A bar chart is most commonly used to identify the contraction and expansion of price ranges.

A line chart is easy to understand for forex trading beginners. In a line chart, a line is drawn from one closing price to the next.

When connected, it is easy to identify a general price movement of a currency pair throughout a time period and determine currency pattern

Currency as an Asset Class

There are two distinct features to currencies as an asset class:

You can earn the interest rate differential between two currencies.
You can profit from changes in the exchange rate.

Finally you can now start trading forex with no fear; in addition to all we have you still need to download material from our recommended forex trading beginners. However if you decide trade today and still be attending to classes; It worth choosing a broker with such feature.

If you prefer to trade binary options learn here

5 Responses to “forex trading beginners guide, learn all about forex”